An accurate index of Aging and Disease 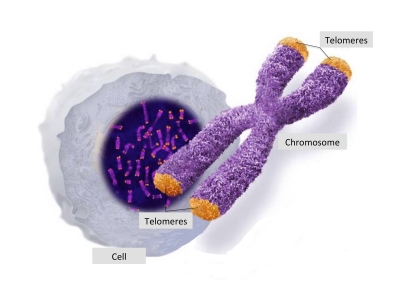 Telomere shortening has been discovered to be the primary cause of human aging and aging related diseases such as cancer, autoimmunity and heart disease. Telomere Length Analysis is an accurate index of the biological vs the chronological age and is a major breakthrough for medicine in addressing chronic diseases and improving longevity.

The end parts of the chromosomes (see the orange tips of the chromosomes in the picture above) are called telomeres. Their name derives from Greek telos- that means ‘end’ and -meros that means ‘part’, and they are literally ‘the end part’ of chromosomes. Telomere ends serve to protect the DNA. They are often compared to the plastic protective tips in shoelaces that protect a shoelace from unravelling. At the same way telomeres play an important role in protecting the DNA and keeping it stable. 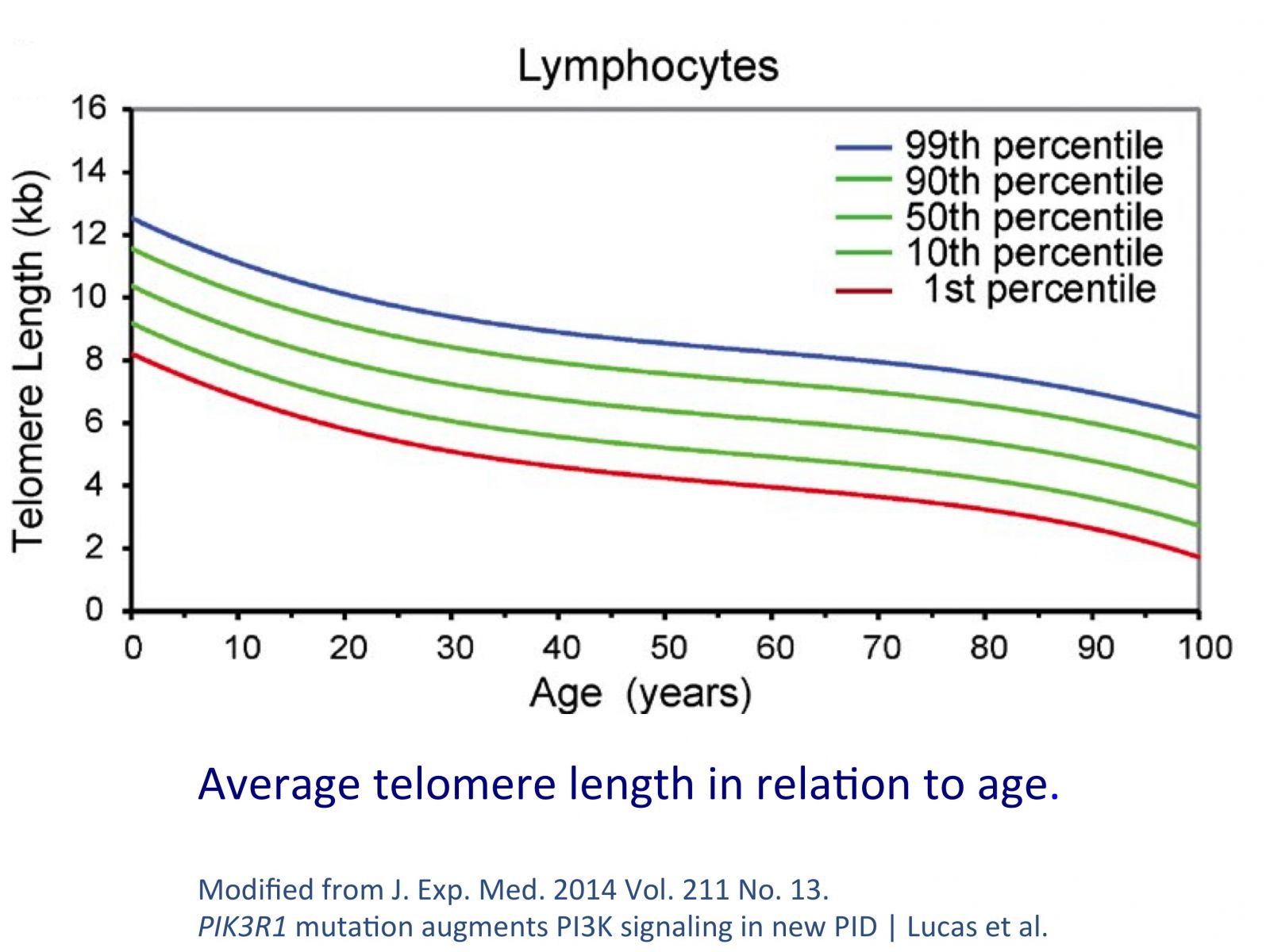 Human cells start at conception with an average telomere length of 15.000 base pairs (unit of measurement of telomeres length, abbreviation bps). During the embryonic period we lose an important part of our telomeres, due to the high cellular replication rate. We lose almost as much telomere length as we are going to lose during the whole of our lifetime.

More than the absolute length value it's the rate of loss that is important to our health. A person that loses 35 bps instead of 150 bps per year, ages at a five times slower pace. It' s also important at this point to mention that our cells possess inherent mechanisms that repair and can even re-lengthen telomeres. 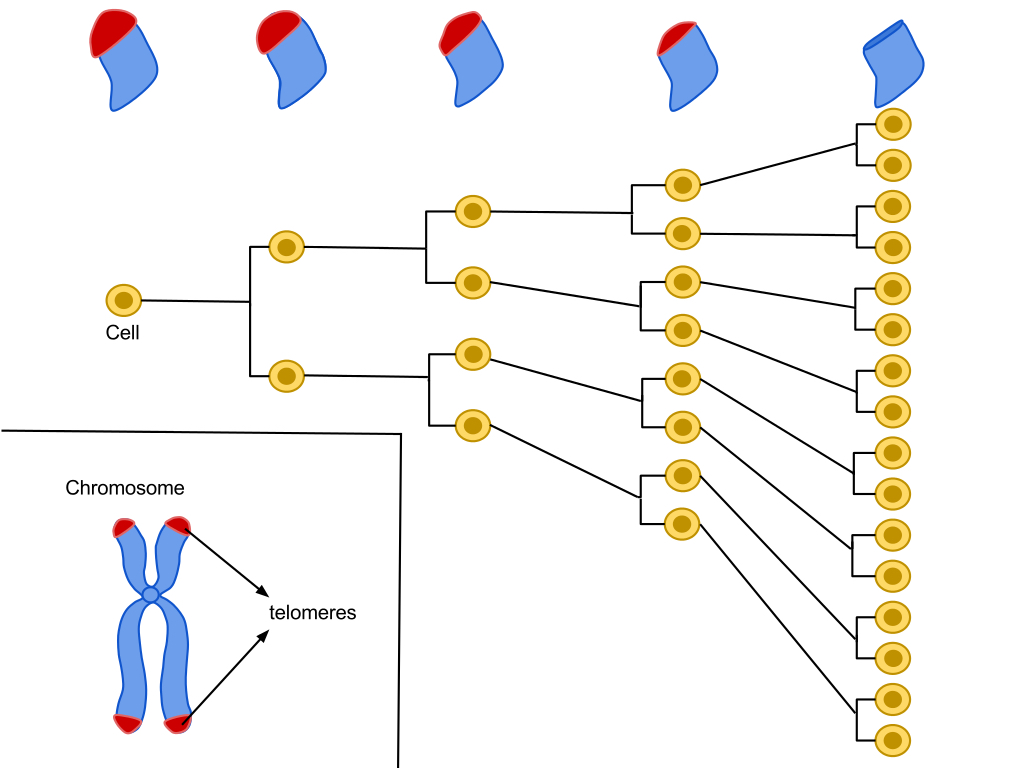 During our lifetime our telomeres get shorter and shorter and this is the basic reason why we age.

With every cell division a small part of our telomeres is not copied and this causes them to gradually shrink. Shorter telomeres cause our DNA to become unstable and prone to express disease.

In 2009 the Nobel Prize in medicine was awarded to 3 scientists (E. Blackburn, C. Greider, J. Szosak) for their work in telomere biology and the discovery of the mechanisms of aging in humans. In the past it was thought that the way we age was through accumulation of damage at a cellular and organ level. We believed that damages accumulate and our body gets older like a machine wears off. The truth came to be different though in view of the telomere biology discoveries.

We grow old not because of accumulated damage at a cellular level but mainly because aging is programmed within our DNA. Accumulated biological damage causes our cells to replicate faster and this shortens our telomeres and thus we get older and die. The wear off is not the cause but the accelerating factor in the aging process. This may look similar but it makes a great difference actually in the way we can influence our longevity and health.

Our cells have a limited amount of divisions available through a lifetime. This number is around 50 times and is regulated through the length of our telomeres. We thus get born with a finite number of cellular divisions at our disposal and the way we contact our lives determines how much those cellular divisions are going to last.

If we do things that damage our cells like smoking, not sleeping enough, following bad nutritional habits, suffering vitamins deficiencies, consuming too much alcohol, using drugs, being obese, not exercising, conducting a stressful life, being dehydrated and getting exposed to toxins; we force our cells to divide faster in order to repair damaged tissues and we consequently age faster. In fact all the above factors are correlated to increased incidence of disease and premature death. 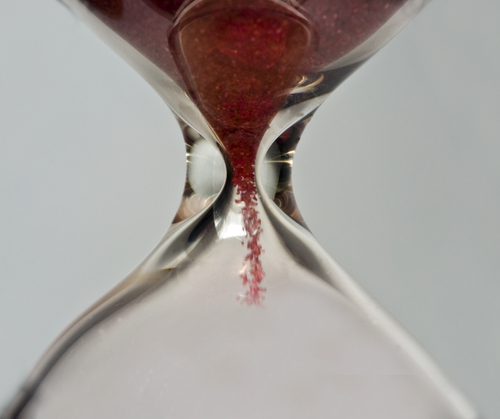 The faster our cells divide the faster our telomeres shrink. Depending on the amount of damage at a cellular level, the more damage the more cellular divisions are required.

It can be easily understood then how two individuals can have the same chronological age but be in a completely different biological condition and thus biological age.

Telomere length has been found to be an accurate index of the biological vs. the chronological age of an individual. The longer our telomeres the younger our biological age while shorter telomeres are associated with higher mortality and aging related diseases.

Research suggests that preserving telomeres length has the potential to prevent and treat diseases associated with aging and possibly allow humans to increase their longevity beyond the current theoretical maximum of 125 years. 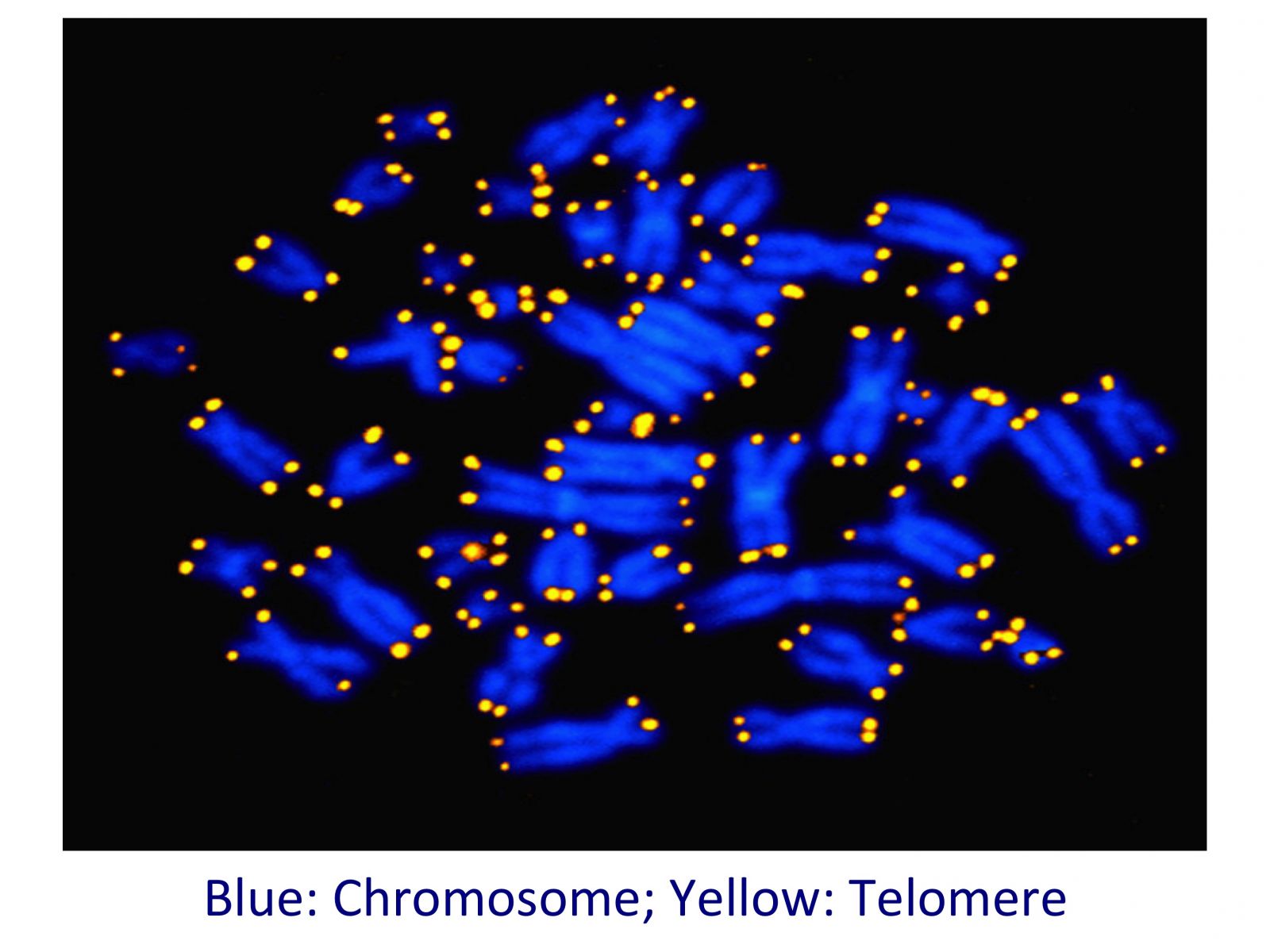 Our cells have 46 chromosomes. Each chromosome has 4 telomeres for a total of 184. Not all telomeres shrink at the same speed though. Some of them shorten faster than others, so some of our telomeres may be long while some of them may be short.

The percentage of short telomeres of an individual, is the most important element in order to evaluate the biological age and the propensity to disease of a person.

It is thus vital to measure not just the average length but also the length of each of the 184 telomeres separately. This can be done with a method called Q-FISH (Quantitative Fluorescent in Situ Hybridization).

Our clinic is the only one worldwide that combines the Q-FISH Telomere Analysis with Metabolomics Analysis and treatment. This permits the assessment of both the DNA and the biochemical pathways condition simultaneously.

In our clinic we measure separately each of the 4 telomeres in all the 46 chromosomes, for a total of 184 telomeres.

Repeated measurements at a distance of 6 months or a year reveal vital information about the rate of change of the short telomeres, response to therapy and the formulation of further treatment.

As the percentage of short telomeres has been associated with almost all chronic diseases their measurement can be an invaluable tool in the hands of a physician applying personalized medicine. Telomere Length Analysis is a major breakthrough for medicine in addressing chronic diseases and improving longevity.

Autoimmune diseases & Metabolomic Analysis Result presentation of 40.000 cases at the Tokyo international congress of Rural Medicine.
Do you have questions about Metabolomics? Contact Us
© 2021 Metabolomic Medicine. All Rights Reserved.  Cookies Policy  Privacy Notice
Design & Developed by