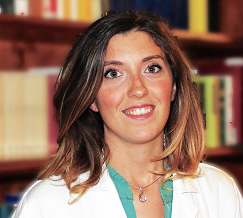 Biologist Nutritionist
Graduate of the University of Padua


She obtained her Master's Degree in Evolutionary Biology by studying the effect of heavy metals on the gene expression of enzymatic components of the antioxidant system in Drosophila melanogaster. The entire project was carried out with the aim of exploiting Drosophila as a model organism for the neurodegenerative disease Amyotrophic Lateral Sclerosis (ALS).

She is currently engaged in the elaboration of personalized food plans collaborating with the Metabolomic Medicine clinics in Italy. She also publishes scientific articles in her field of expertise. She is a member of the Scientific Committee of E.I.Nu.M since June 2015.
See also

Autoimmune diseases & Metabolomic Analysis Result presentation of 40.000 cases at the Tokyo international congress of Rural Medicine.
Do you have questions about Metabolomics? Contact Us
© 2023 Metabolomic Medicine. All Rights Reserved.  Cookies Policy  Privacy Notice
Design & Developed by