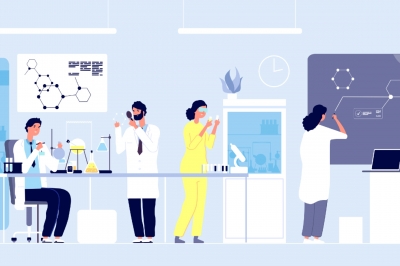 Analysis of small molecules in the blood (metabolites), in combination with lifestyle factors, such as exercise and alcohol, can predict the likelihood of having an autoimmune disease by 93%. The study was published in Frontiers in Molecular Biosciences - Metabolomics in October.

Autoimmune diseases are increasing rapidly worldwide. There is growing evidence suggesting that the underlying cause of autoimmune diseases is the metabolic disruption that is directly linked to the modern lifestyle and diet. However, these factors are not adequately addressed in the current medical approach.

This new test brings metabolomics closer to clinical application as an adjunct tool for doctors addressing autoimmune diseases. The researchers that participated in the study developed three different prediction models to estimate the likelihood of autoimmune disease presence reaching a predictive accuracy of 93%.

The model was able to predict correctly up to 93% of those with ADs and 78.9% for the total population in a retrospective nested case control study of 403 individuals, while important biomarkers were identified through artificial neural networks (ANN).

Metabolomics is increasingly used in the research aiming to discover and identify biomarkers for chronic diseases. A separate metabolic fingerprint of autoimmune diseases can help prevent and diagnose early. "Most patients with autoimmune diseases are diagnosed months, or years after the first symptoms of the disease, making treatment more difficult. The predictive model is the result of years of research and will greatly help in the early detection and treatment, " says Dr. Dimitris Tsoukalas , head of the study.

The prediction model was developed by the Metabolomic Medicine ® research team in collaboration with researchers from International and Greek Universities, including Albert Einstein School of Medicine in New York, USA and the Golden Helix Foundation in Oxford, United Kingdom.

Autoimmune diseases & Metabolomic Analysis Result presentation of 40.000 cases at the Tokyo international congress of Rural Medicine.
Do you have questions about Metabolomics? Contact Us
© 2022 Metabolomic Medicine. All Rights Reserved.  Cookies Policy  Privacy Notice
Design & Developed by